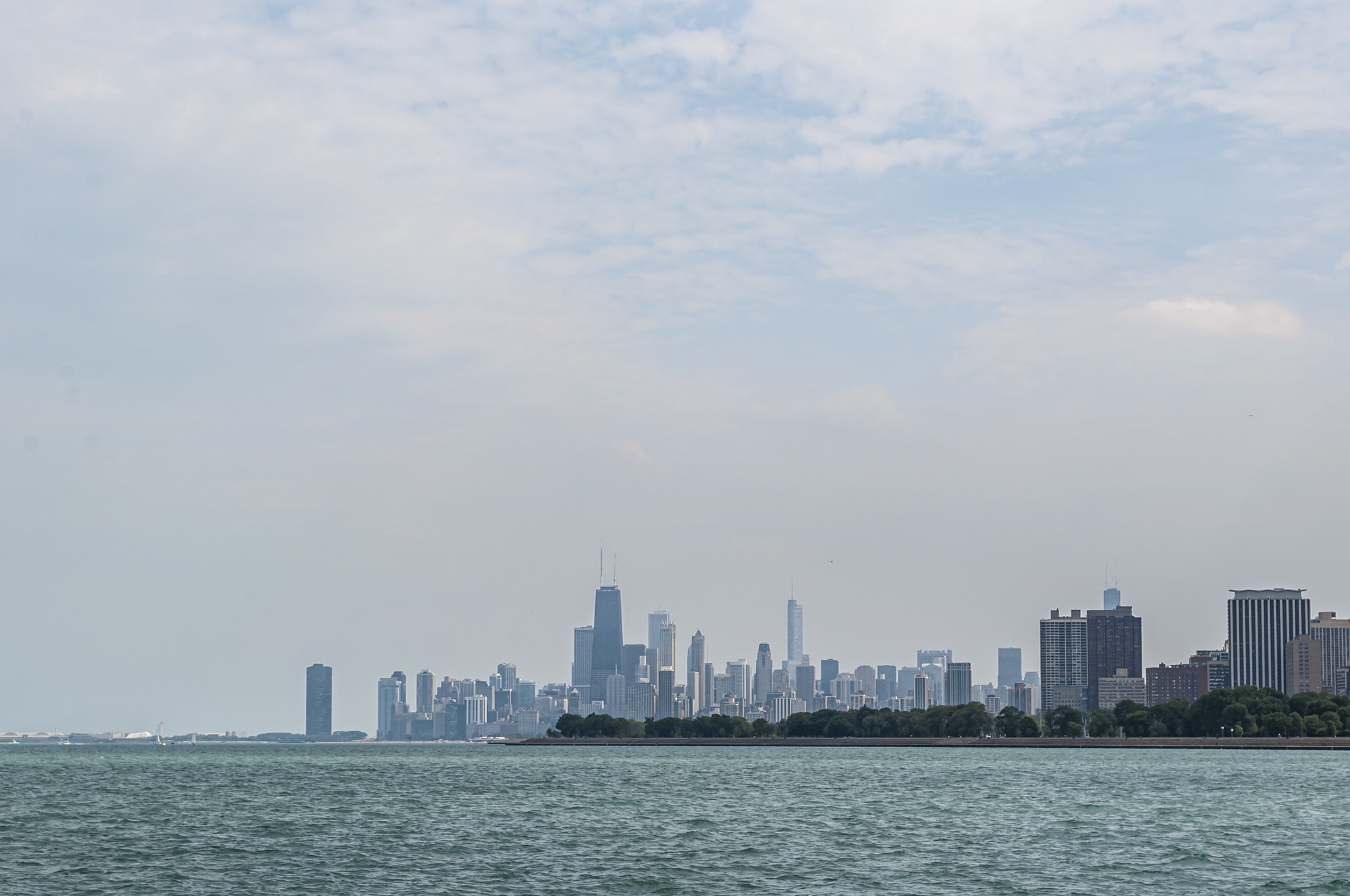 Morning dawns on the second day of our cross country adventure to Idaho.  Our goal on this second day of travel was to reach Newton, Iowa and spend the night at my cousin’s house.  I was excited to spend time with family whom I haven’t seen in a long time.  The thought of saving money on a hotel crossed my mind a few times as well.  So…time to “get rollin”!

Ohio and Illinois in the Rear View

Onward we rolled across the last little stretch of Ohio until we finally reached Indiana around 10:30 a.m.  Of course we had to stop long enough to take the obligatory photo with the state sign.  Since we were on a time crunch and had other things to see, we pressed ever forward through Indiana finally reaching Illinois a little before 3 p.m.  Somewhere between the two states we reached the central time zone giving us an extra hour.

Once again, we had to stop for the obligatory photo of the state sign. The problem with trying to get a photo of the Illinois sign is that it is along a very busy highway just outside of Chicago.  Ok so here is where mom gets “big and brave”. I pulled over on the shoulder of that busy highway to get the shot. I will admit in hindsight it wasn’t the smartest move on my part, BUT I did it, and we’re all still here to talk about it.  We took that picture through the front window, and the moment I caught a break in the traffic, we were outta there.

Chicago was to be our only stop on this day.  Getting lost in a great big city was not on our ‘to-do list’, so we opted to head for the outskirts to see Lake Michigan.  I figured I couldn’t get too lost as long as I could still see water. What a challenge that was though just to get to where we wanted to go.  You really have to bring on your ‘A’ game when you’re driving into a busy and unfamiliar city.  Turns come up so quickly and if you miss it, you’re S.O.L. (Seriously Out of Luck).

Fortunately I didn’t get us too lost. Somehow I managed to get us off the main highway and on to Lake Shore Drive where Chicago takes on a different feel.  Although Chicago is rather large, the shoreline makes it feel more open and not as much like a traditional city.  It’s not just a bunch of tall buildings slapped together in a few blocks.  The waterfront was dotted with sculptures of all kinds, water fountains, museums, an aquarium, and even an amusement park at the Navy Pier.  What I noticed the most were all the boats.  Did you know there are 10 harbors along Lake Michigan just in the Chicago area?

We made our way along the shoreline to Montrose Harbor where there was plenty of parking. Time to get out of the van and stretch our legs.  Our time here didn’t really allow for us to explore the depths of the city, but Lake Michigan was quite impressive. We had some great views of the city not to mention all the boats out on the lake.  It’s crazy to think of Lake Michigan as just a lake.  It’s so vast that it felt more like an ocean to me.

We hung out along the lake for a bit just taking in the views and relaxing from our long drive.  But hunger was starting to seep in, and we had a specific destination in mind.  We also needed to get moving if we wanted to reach Iowa before it got too late.  So off we were to gas up the van and then find our dinner destination.

What’s On The Menu?

Now I’m not a big fan of watching television.  I’m one of those people who says “500 hundred channels and I can’t find anything good to watch”.  There is, however, one channel that always seems to keep my interest. That would be the Travel Channel.  Kind of ironic don’t you think?  I love seeing new places to go and discover.  This is where I discovered our dinner destination… ”Superdawg”!

Superdawg is a 1940’s style drive-in that serves up their own special version of a pure beef hot dog with all the trimmings.  It’s been in business for 72 years and folks just keep coming back.  And if you are a fan of ketchup on your hotdog…well…maybe you shouldn’t ask.

It was a unique and fun atmosphere and the food was delicious.  Definitely worth the stop.  But now it was time to get out of Chicago and make our way west to Iowa.  Rush hour was over so that would help with the traffic issue, but we still had a long way to go.

As I drove further and further from home, at some point a feeling of being overwhelmed completely engulfed me.  Here I was, a single mom venturing out on this huge trip with four of my children…alone.  I didn’t let on to them how I was feeling because I didn’t want them to feel my trepidation.  I’ll be honest though. I was scared.

Questions and thoughts just started flooding my mind.  What if I broke down? What if I encountered someone or something?  What if I got lost with no cell phone reception? What if someone got seriously sick or injured?  I can’t do this.  I can’t do this ALONE! I don’t know why I was feeling this way, but I did know that I had a long drive ahead of me and had to take hold of my fear.

It was at that point I did two things.  First was to make a call.  Second was to pray.  I reached out to a good friend who had helped me in the planning of this trip.  I needed to hear a calm, steady, and reassuring voice.  I also needed to give my fear to God.  So I just prayed for calmness and peace.  Somewhere in the late hours of the night as I pressed ever forward towards our destination, calm settled in.  Before I knew it, we finally arrived at my cousin’s home.  Thank you friend…and thank you God.